Al Pacino on Buddy Rich and his chosen path 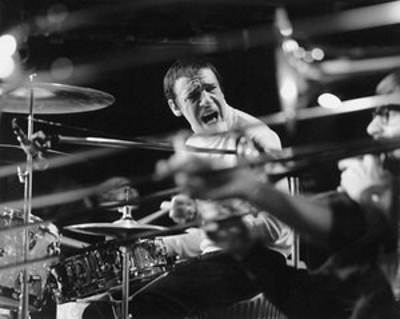 I went to a Frank Sinatra concert. About twenty years ago. He had Buddy Rich as the opening act. And then Buddy Rich comes out, and I somehow became thoughtful: after all, Buddy Rich was then in his seventies, and he played the drums. I know he's a good drummer. But then I thought, "Well, I'm going to have to sit here, listen to Buddy Rich knock, fidget in place until Sinatra comes out."

But then Buddy Rich began to play - and he went, and he went, and he went. It was ten times stronger than what I expected from him. In the middle of the riff, the whole room jumped up and yelled with delight. Then Sinatra came out and said a simple thing: “See how this guy plays drums? And you know, sometimes it’s good not to deviate from the chosen path.” Buddy Rich never left his chosen path. Not only did he continue to play drums year after year, but he went his own way on stage that night. He seemed to be saying: “That's how far I went, let's see if I can break through further ...” And suddenly the path itself took him to the right point. That's why we do what we do. We want to find that place. But finding it is not all. You have to not stop. You know, there is a proverb: "He who persists in his madness will one day be a wise man."