Caught in a web. (Tommy Lee) 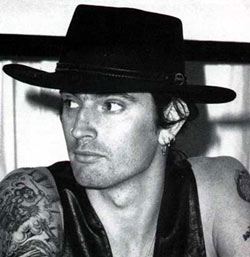 Tommy Lee is in a great mood and has every reason to be. His new album, which has been given the name "Never A Dull Moment" (something like "Not a single moment of boredom") has just been released and has already begun a life of its own. It's full of great songs, great guitars, great vocals and killer drum tracks. And it's all produced, written and played by Tommy Lee himself with a little help from friends like Chino from Deftones and Brandon and Mickey from Incubus. We recently caught Tommy while preparing for a new tour. On this tour, Lee will play some drums and mostly play guitar and sing in a brand new band with Will Hunt on drums. 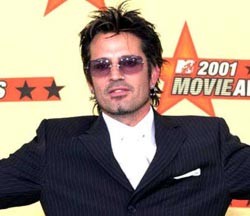 Based on materials from Modern Drummer magazine.
Translation - Yevgeny Ryaboy.