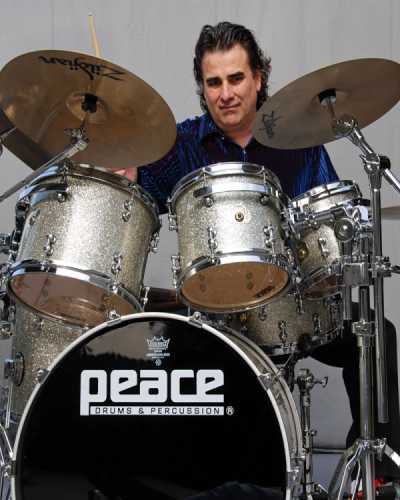 For the first time in Moscow! With the support of SOUNDCHEK, the official distributor of REACE drums in Russia. Within the framework of the International Musical Exhibition "Music Moscow 2008" master classes will be held by the drummer and percussionist, REACE endorser, Homero Chavez (USA).
Master classes will be devoted to the topic "Fundamentals of Latin Rhythm".

Homero Chavez, drummer, percussionist, instrument designer, clinician and producer. He is currently President of the Percussive Arts Society in California.

Homero is currently promoting his Kotz signature cajon (“Homero Chavez Cajon”) on tour in the US, Mexico, Russia and Canada. He has appeared on the cover of magazines such as Percussive Notes, Percussion News, Latin Beat, Drum, and Modern Drummer. He has written several articles for Percussive Notes and Guitar Magazine. His latest CD "El Canto De La Gente" is highly acclaimed by audiences in the US and Mexico.

Member of the Pomona CA community. Homero Chavez is a drum and percussion associate of the Youth movement. He developed youth programs: The Award Winning Stomp-Kids for the Boys and Girls Club. He also teaches drums and percussion at The Youth Summer Camp at Cal-Poly PDC. He has months of drum and percussion clinic experience at REMO RMC N. Hollywood.

The name of the master class is "Fundamentals of Latin Rhythm".

Summary of the master class:
- Intro - solo
- Overview of technique - traditional and parallel setting
- Discussing the choice of sticks and their use in various styles of music
- Demonstration of the selection of different sticks
- Solo
- Discussion of the Afro-cube clave and its identification in the work. Teaching the interaction of different genres of Latin music.
- Demonstration of the clave in the form of a group of strokes. Clave demonstration on a drum kit
- Discussion on how to place different aspects of the rhythm section on a drum kit, guiro, shaker, congas, chachacha bell, bongo bell, mambo bell, timbale, tumbao