MY RUIN has a new drummer! 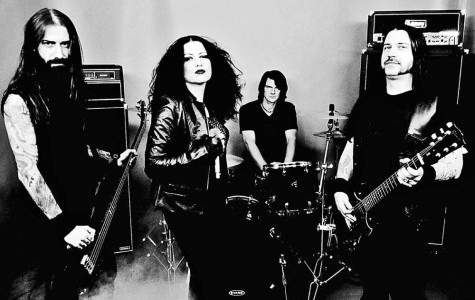 My Ruin — the Los Angeles-based husband-and-wife duo of vocalist Terry B. Murphy and multi-instrumentalist Mick Murphy — announce "Southern Revelation Tour" to celebrate the release of the band's seventh album, the "Southern Revelation Tour" will be made available for download as a gift to fans from December 7, 2011 exclusively through their website. Special guests for the tour are British metal heavyweights GODSIZED along with Colchester threshers and longtime friends SANCTORUM and Nottingham rockers LONG DAY FEAR.

My Ruin has announced a new drummer, Isaac Lee, to join the group. Terry states, "Isaac replaced Matt LeChevalier who toured with our album 'Ghosts And Good Stories' and remains a good friend. Unfortunately Matt moved to France and it has now become impossible to be with him as a band, rehearse and play concerts With the new album, we felt it was time to look for a more permanent drummer. "Although he is not originally from Los Angeles, Isaac currently lives in Los Angeles and we felt an immediate connection with him when he approached us. We just filmed our first video together for the song 'Tennessee Elegy' and recently confirmed some shows we'll be doing in LA in November and December."