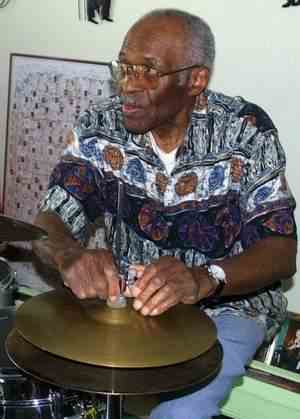 George Reed, one of the great jazz drummers like Charlie Parker and Buddy Tate, passed away this weekend at the age of 89 after a long illness.

Green Pasture Jazz Club owner Howard Coleman said:
“He was the greatest drummer. He has played all over the world with almost all musicians.”
"Great person. He always believed in young drummers, always gave everyone a chance. George Reed was one of those who brought young drummers to the Green Pasture club and gave them a chance to play in front of a large audience, even though they were only 8-10 years old.”