Chuck Ruff, drummer who joined Sammy Hagar in 1977 and was involved in the creation of the albums Street Machine and Danger Zone, which were released in 1979, has died at the age of 60, Chuck Ruff has left us Friday October 14th in San Francisco after a long battle with the disease. 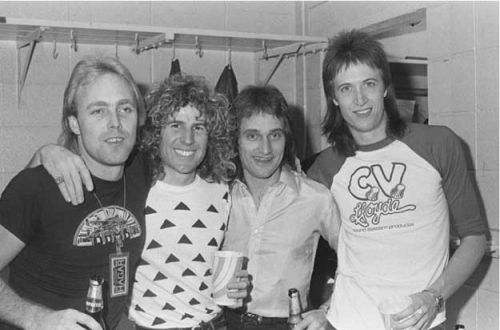 Sammy Hagar immediately said that we all lost a very good person, a drummer, and he himself a very good friend. He participated in the creation of many albums of the group, Played a lot of gigs with me. Dramnet expresses condolences to his family, friends and relatives.

Chuck Ruff also played drums with Edgar Winter, the group was called the Edgar Winter Group, and they released the Frankenstein album in 1973.
R.I.P. Chuck!