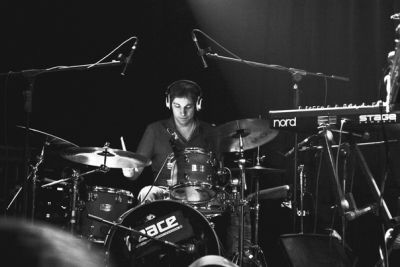 On November 2, at 16.00, a master class by drummer ANTON LUKYANCHUK will take place in the GMKEDI hall! We cordially invite you and your friends! Come, you will like it!

ANTON LUKYANCHUK - drummer for Tatyana Zykina and the Brothers Grim group. Previously, he played in the team of Sergei Penkin, with Zhenya Otradnaya, in the group "19:84", in the group "Ark" and with many others. Winner of the competitions "Parade of Percussion Instruments", "Drumbeat", "Ad Libitum", winner of the "Muztorg" competition, laureate of jazz festivals.

The master class will be devoted to the role of drums in an ensemble and the musical playing of a drummer in different styles.

More about ANTON LUKYANCHUK:
I was born in 1985 in Moscow. From early childhood I was addicted to music by my father, an opera artist at the Bolshoi Theatre. One of my first teachers was, known to many, Leonid Gavrilovich Rupets. Then I continued my studies at GMUEDI, in the class of Anatoly Petrovich Makurov. In 2004 he graduated from the Moscow Regional College of Arts with a degree in Musical Variety Art. From 2003 to 2005 he taught at the Children's Music School No. 102 named after. V.A. Mozart. Currently I am a student of the correspondence department of MGUKI.

I play with the singer Tatyana Zykina and in the Brothers Grim group.
In addition, I play in various jazz, blues, rock and cover projects.

Several more albums are on the way. Also made a number of session recordings.