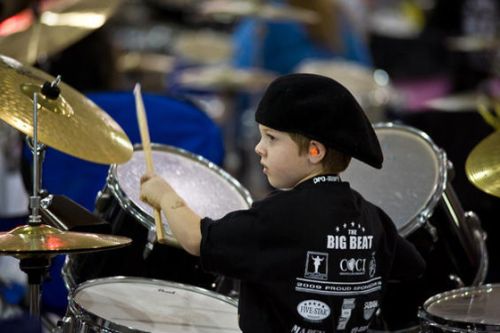 5 years ago Donna Fisher attended a charity drummers concert in Seattle. It takes place every year under the name Woodstick, they bring together more than 400 drummers, all the money raised goes to help the sick, children and other low-income people.

Donna Fisher realized that she should put on a similar show in Houston.

On Sunday, November 6, the birthday of www.drumnet.ru, a charity show of Texas Big Beat drummers will take place. The money raised at the concert will go to support music schools, or rather children who want to study music, but their parents cannot pay for the lessons. The show will host a competition for the title of the fastest drummer, many performances.

Admission is only $10 and earplugs are required!