For the first time in Russia! The legendary Roy Haynes and his Fountain of Youth Band! Roy Haynes is a true jazz veteran, the only living member of the Charlie Parker Quintet who started performing back in the 1940s and earned fame as the greatest drummer alive today. 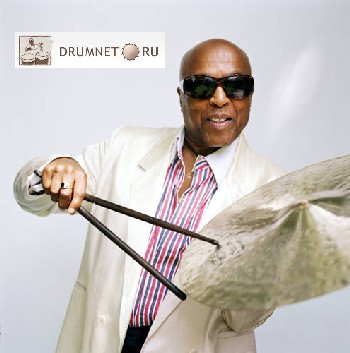 Roy Owen Haynes was born March 13, 1925 in Boston. His musical career has been going on for more than 60 years, he managed to make an important contribution to bebop, fusion, and avant-garde. His expressive style of playing, which earned him the nickname "Snap Crackle" from Charlie Parker, has influenced several generations of drummers, and not only jazz drummers - Charlie Watts of The Rolling Stones considers himself to be his follower. Until Kenny Clarke, Max Roach and Roy Haynes, drums weren't considered an instrument in their own right, they only served to keep the beat going. Roy was one of those who brought the skill of drumming to a level unattainable before.

The story of Roy's musical career is the story of jazz itself. Roy himself began drumming as a child, and at the age of 17 he already made his debut on the professional scene. From 1944-1947 he played with Tom Brown and Subby Lewis. In 1947, saxophonist Lester Young invited Roy to join his quartet. From 1949 to 1952 he performed with Charlie Parker and his quintet, and also recorded with Miles Davis and Bud Powell. From 1953 to 1958, Haynes worked as a full-time drummer for the singer Sarah Vaughan, working with Lenny Tristano, Thelonious Monk, Eric Dolphy and George Shearing. From 1961 to 1965 he constantly toured with Stan Getz, from 1963 to 1965 he was a member of the John Coltrane Quartet. The friendship and work of the legendary jazz drummer with pianist and composer Chick Corea has been going on since 1968. During the 1990s, the drummer worked extensively with guitarist Pat Metheny and also formed a trio with bassist John Patitucci and pianist Danilo Perez. By the way, Roy has been creating his own projects since the late 50s. The musician's first solo album We Three was released in 1958 and was recorded with pianist Phineas Newborn and bassist Paul Chambers. Donald Harris, Rasaan Roland Kirk, Dave Kikoski, Ralph Moore, Kenny Garrett, David Sanchez and many more famous jazzmen took part in his further projects. Among the musician's latest solo albums are Fountain of Youth and Whereas, both of which were nominated for a Grammy.

Esquire magazine named Roy Haynes, along with Fred Esther, Clark Gable and Cary Grant, the most fashionably dressed man of 1960. In 1996, the musician became a Chevalier of the French Order of Arts and Letters. In 2004, Roy Haynes was inducted into the Hall of Fame of the premier jazz magazine, DownBeat. In 2008, Haynes appeared in the famous game Grand Theft Auto IV as a jazz radio host. In 2010, Haynes received a Grammy Award for his lifetime achievement.