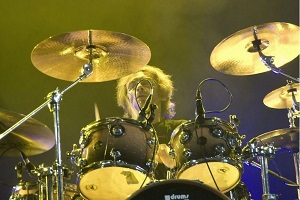 The 61-year-old drummer Igor Dotsenko, who played in the groups DDT and Chizh and company, died. According to St. Petersburg musician Alexei Vishnya, the deceased had been ill for a long time, and in 2013 he was admitted to a hospital in Moscow.
The date of the funeral, as well as the place of death and burial, are unknown.

Igor Dotsenko was born on July 16, 1953 in Izyaslav, Khmelnitsky region of Ukraine. I played in DDT from the mid-80s, in 2010 I left there for Chizh and company. Dots, as he was also called, gave 24 years to Yuri Shevchuk's group.

Dotsenko took part in the work of the Nautilus group on the album The Man with No Name.

Condolences to the relatives and those who love the creativity of the talented drummer!