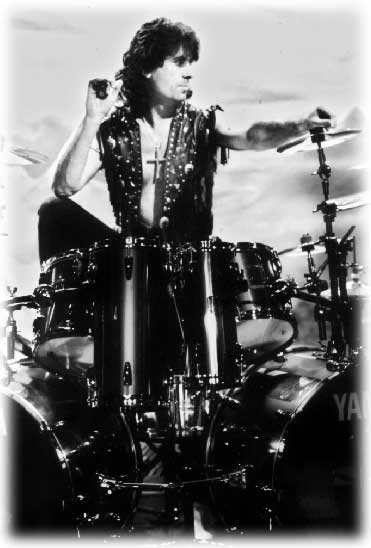 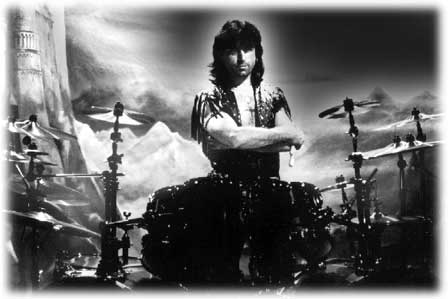 Cozy Powell (born Colin Powell) began his musical career in 1965 with the Sorcerers. In the 60s, he was a member of the Ace Kefford Stand, and after Jeff Beck left the Yardbirds, they began to work together. In 1971, Powell formed the band Bedlam, which he eventually left to become a session musician on the RAK label, owned by Mickie Most (one of Peter Grant's pals). There he recorded the single Dance With the Devil, which fans of old rock remember well. This single was very popular in 1973 in England. Later he founded the group Cozy Powell's Hammer, which released 3 albums to the audience, after which it ceased to exist. After that, he joined the Rainbow group. He worked with them for 4 years and recorded 3 studio and 2 live albums, after which he left the group in 1980. He had to constantly sit at the drum kit. He constantly worked in various groups, but did not stay anywhere for a long time.

In 1982, Powell took part in the recording of Robert Plant's album Pictures At Eleven

In 1996, he worked with former Fleetwood Mac guitarist Peter Green on tour. Not long before his death, he was treating his leg, which he injured while performing with Yngwie J. Malmsteen.

Cosey recorded a tribute album dedicated to Jimi Hendrix with Brian May (ex-Queen). They then met again when Powell helped record Brian May's solo album. After Powell's death, Brian May dedicated this record to him.

One of England's most respected drummers has died in a car accident. It happened on April 5th not far from Bristol in England. While driving a Saab 9000, he apparently lost control and crashed into a road stop. The musician was taken to the hospital, where he died 4 hours later: He was 50.

A letter from Neil Murray to the webmaster of this page, Joe Siegler, has been posted on Cozy Powell's official page (www.cozypowell.com). The letter states that the cremation of the musician took place on April 18 in Wiltshire, which is located 90 miles west of London. The parting was very simple: the monks sang psalms and prayers. They were accompanied by close friends of the musician Jim Johnson and Frank Aiello. The service ended with the song Let it be. Many bouquets and wreaths were sent with kind words to Cozy from Tony Iommi, Geoff Nicholls, Tony Martin, David Coverdale and many, many others. Many of the musician's friends came to personally say goodbye to Cozy. Brian May, Jeff Beck, Peter Green, Don Airey, Glen Tipton (Judas Priest), Denny Ball (Bedlam), Spike Edney and Jamie Moses (Brian May Band) attended the farewell ceremony along with members of the musician's family and close friends. "While there are no definite ideas about holding any events in memory of him, but I am sure that after people recover from the shock of Cozy's death, they will definitely be organized," Neil Murray wrote in his letter.