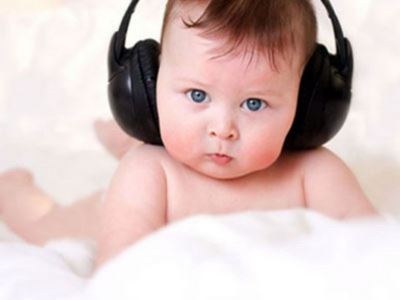 What we see and hear gives us perception, worldview and feeling.
And each person sees, hears, feels and emphasizes for himself what is really important to him. What he sees is interesting for himself. Perception is one of the most important forms of self-expression.
After all, what we perceive, we are trying to express in different areas of art. Even how we perceive a rhythm or a break affects our playing, our certain handwriting and groove reproduction. If perception is not the most important component of drumming, then at least it is in the first stages of the formation of ourselves. And if we do not have the perception of ourselves, and our game, then there is no sound. Usually we feel ourselves sitting at the installation, rather than listening to our records. We may not see some nuances that do not give us a full expression of perception. After all, there are nuances of groove, dynamics, in fact, what emphasizes our style.

How to develop your perception?
This is a very easy and difficult question, because it can be answered and not answered. Because the topic itself is very individual. But I will try to reveal the main nuances.

1. What can hinder the development of perception?
Firstly, it is to do everything always the same, that is, to play the same drawings for months, breaks. It won't make you one step higher, it might just stop you.
Inattention to trifles both when listening and when playing.
Trying to imitate other drummers year after year. Now I'll explain - it can both help and bury you in someone else's thoughts and ideas. "If you're outplaying famous drummers and don't get something new in your pocket, you're moving away from your goal."

Lack of motivation can also slow down your development of perception, this is when you play in some kind of group and say to yourself "Why should I learn something new, if what I play sounds divine" or "I only play punk, metal as a style I'm not interested", also "I'm a jazz, not a rock drummer". Knowledge of at least 10 percent of different styles of music, and the ability to play it, allows you to feel these styles and understand why one differs from the other, and the very perception of styles changes significantly.

Just as for me it can be that you don’t have the proper technique to play in the key of your perception. small.
I hope the idea is clear.

And now let's talk about how to develop perception after all???!!!

Usually, at the initial stage, I advise students to listen to, for example, a certain album, for example, in the evening, lying on the couch and
listening to the little things that the drummer performs. And then I ask them in the next lesson how they rated the album, what was the most interesting, etc. This can be done with different albums of different artists, different styles. Moreover, it is necessary to separate by time - what and when to listen, for example, on one day one album, the other - the second, so that porridge does not form in the head.
The second moment, I give the usual drawing and ask him to play as only he (she) sees it. That is, at the moment of the game, the person sharpens the senses and perception is included in the game process.

The next stage in the development of perception is a game of different styles, both under a minus, and without. I’ll tell you what it is. When people play with a minus, their senses are aimed at harmonizing with a minus. , how would he play it. Just try to unconsciously record yourself with a minus and without, the difference will be obvious.
Subsequently, perception can be developed by playing one pattern, for example, in all styles, like breaks, also through studio work, listening to yourself from the outside and working on yourself. This is quite enough to have your own vision of music and understand it. Author: Andrey Matvey Matvienko