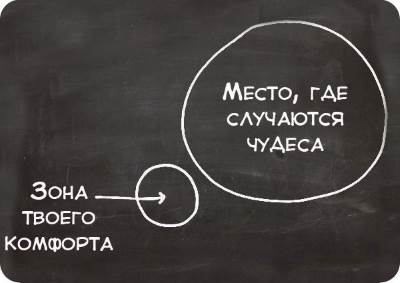 Come to the rehearsal base, pre-prepared. That is, everyone learns their parts at home, and at the rehearsal they “glue” everything on a “big” sound, and finally complete the arrangement. Classes at home will help to significantly save precious time and not waste it on the tedious “debriefing” procedure. Try to make working recordings, not necessarily super quality ones. Do it not to brag to your friends, but to listen to them, analyze them and change something for the better.

Try to resolve all disputes and disagreements at home. In principle, this applies to point 1, but the advice is given separately, because even those groups that sort out parts at home spend a lot of time arguing and sorting things out in rehearsals. Decide once and for all the sequence of individual parts, the number of "squares", who, where and when will play the solo, etc. Moreover, a sketch of the composition can be made on a computer and exchanged via the Internet with the rest of the team.

Sketches are best done in a midi editor or in fruits using standard samples and effects (everyone should have the same version of fruits installed).

Such a choice of programs is explained by the fact that FruityLoops mids and songs weigh very little, and they can be easily exchanged via the Internet.

Setting up tools should not take more than 5-10 minutes. It is better for all strings to purchase a special device - a tuner, now it is built into many guitar gadgets. Often guitars are built on the fifth fret and not built on the harmonics, so as not to waste time looking for the arithmetic mean, it is better to adjust the instrument by the scale (the harmonic over the 12th fret and the same string clamped at the 12th fret should sound in unison). It's even better to tune before rehearsal.

It's very rare for a band to play a one, two, three thing without making any mistakes. Therefore, you need to learn a thing in pieces. It's easier to grope.
Often, after a song has been played in its entirety, one musician tries for a long time to explain to another that in such and such a place in such and such a part it is necessary to play a little differently. First, time is spent on finding out this ill-fated part, and then on explaining what was wrong with it.

Take, for example, a verse or part of it (if the verse is complex) and “drive” it in a circle with one loop until this piece sounds clearly without crap. Then take the next piece, like the chorus, and do the same with it. Then "glue" these two pieces and "chase" a bunch of verse-chorus, paying special attention to the transition between these two parts.

Be quiet in between things. Often, when a piece has finished playing, one person tries to insert “their two cents” after the coda, everyone else usually starts to play after him, and the ending stretches for half an hour. Also, some musicians try to "shine" with their "virtuoso" playing at the end and in pauses. This is a common occurrence in people of an artistic temperament. Remember that there should be absolute silence in the pauses. This will once again save your ears from fatigue and save valuable rehearsal time.

Start your rehearsal with a kind of warm-up. To do this, play a well-memorized piece at an average tempo. This will help you get in the mood for work and prepare for more complex things.

A very dangerous enemy of creative thinking is fatigue. Its whole danger is that fatigue comes imperceptibly, even if you feel great. This does not mean that fatigue does not threaten you. The intense work of the Central Nervous System (memorizing the material, "depositing" the learned parts at the level of "muscle memory" - the formation of many conditioned reflexes, and at the level of ultra-precise movements) under conditions of high sound pressure on the sound analyzer leads to the fact that the brain, protecting itself from fatigue " disables" vital functions. And creativity for him in such conditions is an unacceptable consumption of neurotransmitters and energy. Therefore, do not try to squeeze the maximum sound out of the device.

The sound of a drum set should not be drowned in the roar of roaring guitars. Drums are quite a loud instrument and it makes no sense to sound them additionally. It's easier to set the volume of the rest of the instruments in accordance with the "volume" of your drummer, then the sound of the band as a whole will be more natural and transparent.

By preventing the onset of fatigue, you will be able to use your rehearsal time more efficiently.

Refrain from inviting your friends to the “turnip”; you should not turn the rehearsal into a photo session and a farce. As a rule, invited friends are far from performing skills and often beg to “play the guitar”, ask to learn how to play the drums, demand to play some trendy hit, step on the wires, gadgets, make them nervous, give useful advice, and at the end of the rehearsal with swollen ears they begin quietly hate you. But sometimes it's useful to "run in" an already finished program on friends, especially before a concert performance.

Do not try to learn more than 3 things at once. If the process of learning new material is difficult, then it is better to dedicate a rehearsal to one thing, sometimes being distracted by already learned compositions.

When a new musician comes to the team, reworking old things is an inevitable stage, because every good musician has his own way of playing, his own chips.