When should you change the head on your drums? 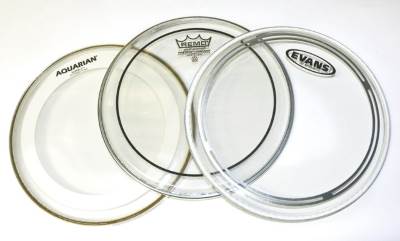 There are several reasons to change drum heads. Contrary to the obvious, if there is a hole in the plastic, then most plastics will still sound somehow. The question is, what quality will this sound be? So in some cases you will have to decide for yourself when to change the plastic. Here are some simple rules:

1. Plastic should be changed when the coating begins to wear out. If you've been playing until the coating has worn down, then you may have tuned too high, or you're hitting too hard, or the head has just been on the drum for too long.

2. When the plastic removed from the drum is squeezed out like a plate or dented. This may mean that the plastic was over-tightened during tuning, so that the plastic had almost no natural elasticity left, or it was misused. Without a doubt, it's time to change it.

3. When trying to tune low, the drum does not give the desired system - it rattles or the sound is distorted. This is a sign that the plastic has begun to stretch, and can no longer maintain constant contact with the caddy. With two-ply heads, this can happen sooner because the top ply stretches differently than the bottom ply. The plastic may still work, but you'll have to rebuild the drum higher, or try transplanting the plastic with a hair dryer.

4. When you changed venues, for example, you are now playing on a smaller/larger stage that resonates a lot/a little. A sound suitable for a small stage is not very good for playing on a large one. You need to determine which component of your sound will reach the audience. For example, the selection of heads for playing with microphones will be different than without them.

A powerfully resonating setup can be an incredible nightmare for your sound engineer. The drummer himself is delighted with this sound, but on a large stage or in a large studio this can lead to very big dirt: the overtones and wandering echoes from the drums mix with the sound of the rest of the instruments and the studio itself. In large studios, when microphones are placed close together, double heads are used to make the sound quieter and easier to control. It turns out a shorter burst of energy, which, due to the properties of the stage or hall, reaches the audience with reverberation or with a delay. Similarly, a large stage requires more "selective" acting with simplified drawings and fillings, as the audience will still not hear small details.