Mike stood up for Lars! 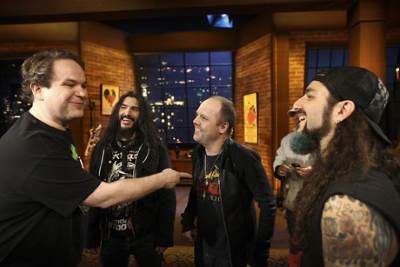 In a recent interview, Mike was asked what he thinks of Lars Ulrich's abilities.

"I have a lot of respect for Lars, even though he's under attack in the drum community," said Mike Portnoy. "He's great to me, not because he's a great drummer, but because he's part of the musical revolution. He's an essential part of METALLICA, not only as a songwriter, but also as a businessman. Don't forget his ability to put on a show on stage. I I'd rather watch the likes of Lars Ulrich on stage than those technical drummers who can quadruple paradiddle at 240bpm I'm bored I want to come to shows and watch a drummer that makes me smile I don't judge drummers based on their technical ability.I judge them by how they feel about the music they are a part of.And what Lars brings to the music of METALLICA is absolutely invaluable.I don't care if he floats a little on the tempo, or fills it a little There are more important things that make a good drummer known than precision and technique."