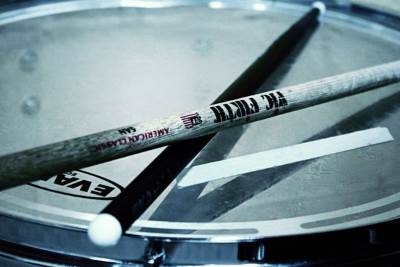 Observation of the modern market shows a great increase in the variety of "things that beat the drums". It seems to have developed a model for every application and every musical style. Look: there are artist models, concert, marching, jazz, rock and pop models, sticks for various dynamic efforts, with wooden or nylon tips, plus an ever-growing number of synthetic sticks. Now add in a large assortment of brushes, as well as beaters for xylophones, marching war drums, tambourines... It's all pretty confusing.

The purpose of this article is to provide an overview of the different types of sticks, brushes and mallets and explain how they differ in terms of sound, feel and durability.
Model designations
All manufacturers use model numbers (designations) to distinguish sticks. In general, they are divided into two categories - modern and traditional.

Modern numbering makes sense only within each specific manufacturer and is not transferred from brand to brand. For example, the 707 and 739 are ProMark-only models, the Quantum 3000 is Calato-only, and the Magnum Rocker is Vic Firth.

Traditional stick designations like 3S, 2B, 5B, 5A, and 7A come from the first generations of sticks, where a number and letter denoted the size and use of the stick. The exact specification of each type varies slightly from manufacturer to manufacturer, mainly in the taper and head (we will discuss these terms below), but the basic dimensions and shapes were the same for all manufacturers.

Initially, the letter "S", "B" or "A" denoted the recommended use.

The "S" model sticks were designed for "street" use - marching bands, etc. These are the largest diameter sticks, so that the massiveness increases the playing volume and sound propagation necessary for playing on the street.

Model "B" sticks are intended for band applications such as wind and symphony orchestras. They have a smaller diameter than the "S" models, are easier to control, and are especially popular with beginner drummers. Now many teachers recommend 2B as the ideal sticks for beginners.

The letter "A" means "orchestra". The "A" models were designed for big bands and dance bands. They are smaller in diameter than the "B" models and provide a smoother playing experience.

How the letter "A" appeared

Last year on P.A.S.I.C. I had the honor of shaking hands with Bill Ludwig Jr. I figured if anyone knows the origins of the chopstick naming system, it's him. After all, the Ludwig family played a significant role in the development of the drum and stick industry. So I asked him how it happened that "orchestra" began to be denoted by the letter "A".

As Bill explained to me, the Ludwig Drum Company was the first to mass-produce sticks using modern machines. His father, William F. Ludwig Sr., chose the letter "A" for "orchestra" for the following reasons: 1) he did not like the letter "O" in its form; and 2) he just liked the "A" more. Be that as it may, everyone is used to the letter "A", and it is still used today. Can you imagine a parallel world where Bill Sr. liked the letter "O". Then sticks 5A would be 5O!
Stick production
The production process begins at the sawmill, where the logs are cut into square bars and dried in kilns to strengthen them. Then the square section (beam) is turned into a cylinder (key) and sorted by size and fibers for the corresponding models. During this process, pieces that do not meet quality standards are screened out.

The keys are turned one more time according to the exact specification of the model and the production method. This is followed by polishing and nylon tips (if any) and packaging. Now, most manufacturers select pairs of sticks by density and weight in order to ensure a clear match of sticks in a pair in tone. Below I will describe how to choose a pair by tone yourself.

Wood
Now for sticks, hickory (North American hazel), maple and Japanese oak are most often used. Of these woods, hickory is the most popular because it absorbs vibration well and is very durable (hickory is often used to make handles for hammers and axes). In addition, exotic species such as rosewood or bubinga are sometimes used to improve timbre and strength.

Maple is one of the lightest woods for sticks. Although maple is not as hard and strong as hickory or oak, it is ideal for light and fast sticks.

Hickory (aka hazel, a type of nut)

Hickory is a wood made for sticks. Hickory is heavier and stronger than maple and has a great feel and tone.

Japanese oak is a dense and tough wood, usually heavier than maple and hickory, but very durable.

Rosewood is a very dense and hard wood that makes very durable sticks. Some also like their tone and feel, but their price is usually quite high.

Most manufacturers of synthetic sticks use a variety of materials and production methods. Generally, some proprietary alloy is used and the sticks are cast or machined according to the manufacturer's specification.

Synthetic sticks are considered to be more durable than wood sticks and also have some properties that cannot be given to wood sticks. For example, Ahead (Easton) sticks consist of an aluminum body in a polyurethane shell that can be replaced when worn. Further, a range of screw-on tips, including mallets, are offered to achieve various sound effects.

The "reverse side" of the stick, that is, its thick end, called the end of the stick, is the counterweight of the stick. If needed, it can also be played by simply flipping the stick over for extra power and volume.

The stem is the main part of the wand. With the exception of the grip, the barrel is also used to strike the rim of the snare when playing with the side stick. Some manufacturers sell tape, sleeves, grooved, knurled and specially shaped sticks to prevent slipping.

"Johnny Rabb's RhythmSaw stick has a ribbed surface to produce a crackling sound (around the rim of the drum) - great for playing Jungle style. Watch Johnny Rabb play, he's one of the best of his kind."

The shoulder is the area of ​​the stick below the head that most drummers use to hit crashes, rim shots, and soulful backbeats. Playing the hi-hat alternately with the head and shoulder easily produces the popular "chit-chat" sound.

Tapering is the shape of the shoulder. Length and thickness of the constriction

Affects the flexibility, feel and sound of the stick. Sticks with a shorter, thicker taper feel stiffer, have greater durability, and produce a stronger sound than sticks with a longer, thinner taper, which are more brittle and flexible but produce a more delicate sound.

Although the shape of the heads is infinitely varied, they can be divided into four basic categories:
1) Round heads
The small, round heads produce a bright, tight, focused tone and are especially good for cymbals.
Large round heads give more tone to the body of the stick than small ones.

3) Directional, or triangular heads.
These heads give a focused mid tone.

4) Olive-shaped or tear-shaped heads.
Olive or tear shaped heads give a full low tone. These heads distribute energy over a wider area, plus have more durability, which is good for those drummers who are drummers ;)

Hardwood heads produce brighter tones than softwoods. However, as the wood heads wear, they soften and crack, and the sound becomes smeared, dark, and out of focus. To ensure good sound throughout the life of the stick, Joe Calato Sr. of the Regal Tip Company pioneered the use of nylon-tipped sticks. The basic shapes of these tips affect the sound in the same way as wooden ones, but at the expense of the hardness of the nylon, they give a brighter tone, more attack and spread, which many people like. The great advantage of nylon is its durability: it will certainly never soften or crack like wood.

Timbale sticks have two blunt ends and are usually thinner and lighter than drumsticks. this shape gives a bright rim shot and a full tone when playing cascara rhythms over the body of the timbales.

Choice of chopsticks
Remember what you are choosing sticks for (thickness) and choose the most appropriate for your application. The choice of material, thickness, head shape is a matter of taste. You need to feel comfortable holding the sticks, and they need to fit the application and produce the sound you want. For example, 7A sticks are a great choice for rehearsing in an apartment, but not at all suitable for a military band!

Choose sticks that are comfortable for you to hold and/or that suit your playing style. A larger diameter increases (at the cost of more mass) spread and power.

long sticks have the advantage of more leverage and access but are harder to control. If you want to add more power with the same diameter, try longer sticks.

Heavy sticks "want" to move in relatively "good" trajectories, so they "blur" most hand placement errors, so they are easier for beginners to handle. In addition, playing with heavy sticks trains your strength and endurance, regardless of your skill level. However, it's a good idea to switch between heavy sticks and the ones you play on the kit to hone your control as well. You will probably notice that light sticks are harder to control.

For wooden sticks, density is the only important indicator of strength: heavy wood = greater density and strength. For example, oak is usually heavier and more durable than hickory, and this is confirmed by density measurements: hickory - about 815 kg / cu. m, oak - about 977 kg / cu. m. However, as mentioned above, hickory absorbs shock well, so hickory sticks are often used by drummers.

There are no two identical trees in the world, so the density of wood of two different logs (and even in the same log) is different. That is why some sticks feel dense and powerful, while others feel “hollow” and “none”, despite the fact that they are absolutely the same brand and model.

Synthetic sticks are 100% human-made, so they always have the same density and are (usually) good in strength. However, they usually cost more and feel different from wooden sticks of the same size, so these sticks may just not work for you.

Looking for the perfect pair of sticks? Ask me how...

When choosing, always check if there are any irregularities, as well as whether the pitch and weight of the sticks in a pair are the same. Vic Firth is one of the manufacturers who have started matching pairs of sticks before selling them. However, even for them, it is a good idea to follow the procedure described below, especially in terms of choosing the right weight.

In order for the playing feel to be normal, the sticks should be straight as an arrow. To check for flatness, roll the sticks on a smooth, level surface and check for wobble. Drop the curves and move on to the next step.

Even with perfect playing technique, you can still sound like a beginner (beep-boom-beam-boom-beep-boom) if the sticks are not pitch-matched. To match the pitch, tap the sticks on some hard surface, trying to hit as much as possible in the same way (to hear the difference in the sticks, not in your technique). When you find several sticks with the same pitch, move on to the next step.

If you want really good accuracy, take a scale (by the way, there are drum shops that have scales installed specifically for weighing sticks!); otherwise, rely on your feelings and choose a pair of sticks that are as close as possible in weight. Other things being equal, heavier sticks produce a more powerful tone.