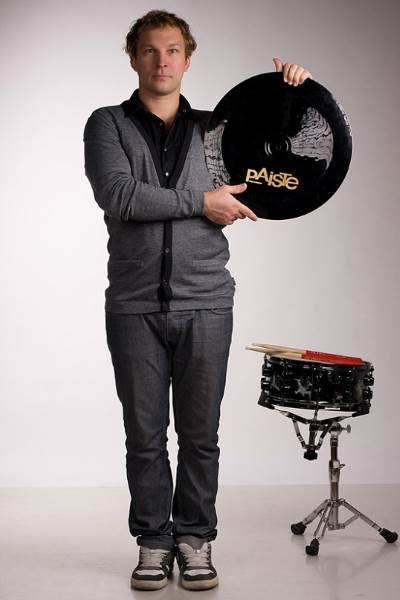 Petersburg is not only a cultural, but also a rock capital. It is not surprising that musicians in this city, in addition to concert activities, try to pass on their knowledge to the younger generation. A vivid example of a person who combines the qualities of a musician and a teacher is Nikolai Lysov, a former drummer of Spleen and Pilot, and in the present a member of the Faberge band cover band and a teacher in a music studio.

Tell me about your creative path.

I started my career as a professional musician by studying at a music school using the unique method of Yuri Leonidovich Bobrushkin, which I consider the key to my success. After graduating from college, I entered the Department of Variety and Jazz Mastery of the Faculty of Arts of St. Petersburg State University of Culture and Arts and received an education in several specialties at once - a drum teacher, an ensemble artist and the head of a self-made group. While studying, I met the keyboardist of the Spleen group, Nikolai Rostovsky, and for four and a half years I became the group's drummer. Together we recorded "Pomegranate Album", "Lantern under the Eye", "Gun Collector" and other albums that the band's fans know by heart. I ended my career at Spleen as the opening act for the Rolling Stones in 1998. In 2000, I met Ilya Chert and became a permanent member of the Pilot group until March 2013. During this time, we managed to record such albums as "The Tale of the Jumper and the Glider", "Fish, Mole and Pig", "1 + 1 = 1", "Autumn". And this is not the whole list.. Now I'm performing with the Faberge band, preparing to record an album with the Niehau group and teaching drums at the oldest music studio in the city, School of Rock. During my career, I have not only participated in the recording of more than 200 albums, but also traveled thousands of kilometers with touring activities.

What tools do you use when teaching? And in concert activity?

How are your lessons at the drumming school going?

I try to find and photo liveindividual approach to each student. If I see that the lessons are easy for a person, he is diligent and diligently performs all tasks, I can complicate the program in order to achieve results in the shortest possible time. If I see that the program still does not lend itself to anything, then I introduce an element of the game into the classes. In both cases, learning brings joy, and this is the most important thing. It happens that my students and I hold exclusive lessons where we analyze the compositions of those groups that are sources of inspiration for them. Even though I stick to a basic approach that includes an emphasis on hand technique, foot technique and coordination, I try to make the program interesting and varied. Therefore, in the classroom we learn parts from Nirvana, Metallica, AC/DC, Slipknot. Usually, the result, in which the drummer becomes "snapped up" and he is invited to perform in musical groups, can be achieved in a year. Throughout the course, I share with students the experience of the "free hands" technique, in which the musician can play in the flow, getting real pleasure from the coherence and continuity of movements.

In your opinion, what is the advantage of studying with a teacher compared to self-study?

I am of the opinion that the Internet is not just a lot of information, but too much. Therefore, it is extremely difficult for a beginner drummer to find exactly those tips that will be useful and applicable in his training. The teacher solves this problem - he becomes not just a teacher, but a mentor who is able to determine what should be given more attention and what should be emphasized in the classroom. This makes training effective, the first results are noticeable after 3-4 months of regular classes. I also want to note that self-taught people often face a practice block - a situation where a person simply gets stuck at some stage and cannot move on. In this case, the teacher's help is invaluable - he adjusts the training to the needs of each student, thus removing all obstacles in the way of a novice musician. Do not forget that the technique of performing parts in each of the genres is different. Studying with a teacher, the student from the very beginning develops and learns the music that he plans to play in the future.

What advice would you give to aspiring drummers?


First, I would advise never to turn up your nose. There is always someone better, someone cooler and someone more professional. As soon as a person stops and stops cultivating because of his pride, he loses many opportunities for his development.

The second advice follows from the first - never stop. The learning process is a continuous state in which there can be no pauses. Without constant training, the hands “forget” how to play the drums, the skill is lost and this affects, first of all, the quality of the game.

Third, always take a practice pad with you. It is often difficult to control all the technical aspects during emotionally intense playing on the drum kit at performances, so in your free time from touring it is always useful to remember the correct position of the hands on the pad so that the performances are coordinated and the playing is professional.